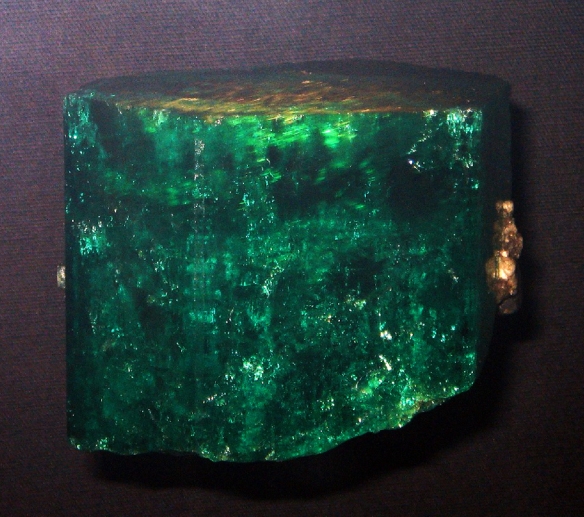 The Duke of Devonshire Emerald is one of the most outstanding crystals of its kind in the world. Weighing 1,383.95 carats with a height of about 2 inches, it is said to be one of the largest and finest rough Emeralds in the world. What makes it even more exceptional is that it contains a large, perfect transparency in one area.

How did this rough emerald find its way to England, and was it really a gift to the Duke? Let’s travel back and discover the emerald’s journey…

Meanwhile, King John VI exiled from Portugal to Brazil, holding court from 1807 to 1821. When he was able to return to partial rule in Portugal, he left his eldest son Don Pedro I behind, appointing him as Governor of Brazil. 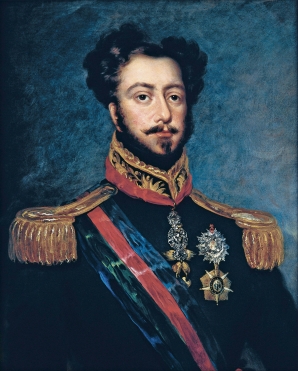 Several years later, during a civil war in Brazil that lasted from 1828 until 1831, Don Pedro decided to abdicate back to Portugal, though many claim it was less about the civil war, and more about Don Pedro’s brother, who had illegally claimed the Portuguese throne after the death of their father.

It is believed that Don Pedro traveled first to Europe looking for military and political support in his attempt to reclaim his throne in Portugal, with England being one of the stops on his trip. There he met the 6th Duke of Devonshire, William Cavendish.

Since there is no original record or documentation of any transaction regarding the emerald, the mystery lingers whether the emerald was indeed a gift or a sale. It is assumed that Don Pedro may have carried more gems than just the emerald, in an earnest effort to raise the funds necessary to secure men and arms for the overthrow of the throne in Portugal.

In May 1834 Don Pedro was successful in his attempt to reclaim his rightful throne, but only for a few months: he died in September of the same year, leaving the throne to his 15 year old daughter.

The Duke of Devonshire Emerald now resides in the Vault at London’s Natural History Museum. To coincide with the opening of the Vault in 2007, the Devonshire Emerald joined The Star of South Africa Diamond also known as the Dudley Diamond, a Padparadscha Sapphire and many other rare and collectible gems.

The Devonshire Emerald, in its natural state, is a fine mineral specimen to be appreciated and will be treasured for years to come… but I can’t help but imagine “the gem” that lies within its crystal walls! Can you?