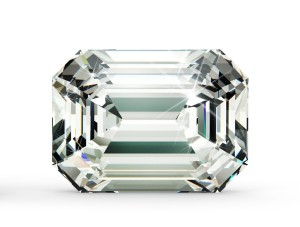 About 2 ½ months ago we wrote about an upcoming sale of a 100 ct. D/Flawless diamond at auction. Just last week the sale happened at Sotheby’s in New York. Reports are that the stone sold for a little over $22 million USD. The auction estimate was between $19 and $25 million. So, the stone’s final sale price exceeded the $19 million low end. In the last few years a number of high flying diamond sales have gone over the high estimate but not this time. Our only guess as to why is that 2 of the reputed 3 sources of ultra-high customers have their wealth based on oil which has had a price drop over the past few months. Compared with some other great gems it seems in some sense that the buyer got a bargain. A bargain few people can afford—that’s true—but a bargain nonetheless.
The good news is that the lower oil prices may very well help out the already strong U.S. economy. That is news more important to most of us who live here in the USA. Every time oil has climbed in the past 40 years economists have likened the price hike to a tax increase. Well then, it must be that lower oil prices can be likened to a tax cut for Americans. How great that is.
During the past 7 years colored diamonds have sold for much more per-carat at the major auctions than have white diamonds. The Pink Star “sold” at Sotheby’s for over $83 million. True, the sale fell through but the stone is now valued at $72 million. The Wittlesbach-Graff blue diamond sold for $31 million in 2008 when the financial sky was falling. The stone known prior to that sale was known simply as the Wittlesbach diamond. The famous jeweler Graff bought it in 2008, had the stone re-cut which improved its shape and color and then added a hyphen and his last name to the stone. Reports are that Graff resold the stone in 2011 for $80 million to the then ruler of Qatar.
Continuing with the adventures in colored diamonds the Graff Pink sold at Sotheby’s in 2010 for $46 million and the Christie’s Perfect Pink sold in 2010 for $23+ million.
It seems that the fancy colored diamonds have finally found their true place in the gemstone hierarchy.

The gem in our photo is an emerald cut diamond similar in many aspects of its appearance to the one in the story.